TikTok is a social media platform that has managed to take the world by storm. It’s an interactive video-sharing centered social network that manages to create a variety of short video clips ranging from different genres such as educational, comedy, and dance. During the unprecedented Covid-19 pandemic, TikTok saw an exponential increase in its users making it one of the most popular social networks in the world. 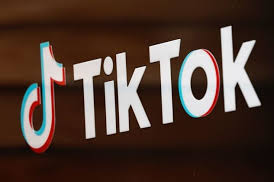 TikTok, like its other competitors, has some users with a large following. Generating income in an unconventional way has been made possible through social media. Let’s have a look at some of the people who have managed to make a living out of influencing on a full-time basis. Here are the most followed TikTokers in 2021.

The most followed TikTokeris American-born Charli Grace D’Amelio, who has a following of 122.3 million followers. Prior to starting TikTok, she was a competitive dancer for over 10 years. Charlie gained her popularity on TikTok by posting dance videos based on trending songs on the platform.

Coming close after Charlie for the most followed TikTokers is Senegalese-born Khabane, who is based in Italy. Khaby has a following of 102.2 million followers. His claim to fame on TikTokare is his short comedy skits where he sarcastically displays videos of people complicating the simplest tasks for no reason at all. What differentiates Khabane and makes his skits even more amusing is that he does not utter a single word when he reacts to the videos.

The third most followed TikToker also hails from America, Addison Rae is a singer, dancer, and social media personality. Since on TikTok, she has managed to gain a following of 82.5 million through her dancing videos. Rae was named the highest-earning TikTok personality by Forbes.

Bela poaches, a Filipino-American social media personality and singer comes forth as the most followed TikToker with a following of78.4 million. Bella has managed to establish a successful music career whilst also influencing. She signed a music record deal with Warner Records in 2021.

The fifth most-followed TikToker is American-born Zach King, who is an Internet personality, filmmaker, and illusionist. Zach’s rise to fame on TikTokwas due to his well-known “magic vines”, which are 6-second illusion videos that he creates through digital editing making it seem like he’s doing magic and calls these videos “digital sleight of hand”.

TikTok took the social media world by storm in the year 2020 and its popularity is continuing to soar.TikTok’ssuccess is due to its versatility in the sense that its users can post about videos ranging from various subjects including fitness, humor, dance, photography, hobbies, travel, and music to name a few.

While these entertainment videos may draw the most viewers and are as hot as Canadian online slots, other content including motivational, educational, and business-oriented videos are showing an increase in viewership.

What also makes TikTok stand out and be loved by millions of its users is that the content is relatable. Being authentically yourself through your content creation is encouraged and appreciated.